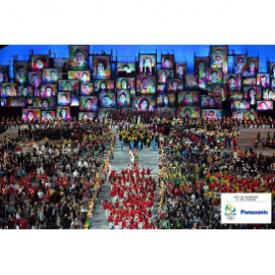 Japan-based Panasonic returns as an official partner to the Olympic Games in the audio-visual category, a position it has held for more than 25 years.

The company has supplied state-of-the-art LED visual equipment and software services to the Rio 2016 Olympic and Paralympic Games. Panasonic installed massive LED video screens and video systems at competition venues on the largest scale for any Olympic Games since it started providing equipment in 1988. It also supplied equipment for the opening and closing ceremonies.

Panasonic will continue its Olympic partnership at the Tokyo 2020 Olympic and Paralympic Games.